The imagery reflects primarily on the human body. It observes the body as a “container”, something that contains life and can give birth to it, or contains death and could be taken over by it. The body is also a container like a vase, which can keep outside itself contents coming from the outside world. Body parts identifying the self, like hair and nails, in constant growth when the body is alive, are used to identify the mental state depicted. The long hair stands for the emotional past, touch and smell, and brings identity through the color, texture, and shape. Its length depicts time, because the growth of hair is like a written record of the years past. Ironically, the hair, being a group of dead cells, shows life. The toenails serve a very similar role and, when painted with red nail polish, make reference to our contemporary time. The lack of hair on the head or any other parts of the body shows that the body is not used to express the identity of the subject at this moment, but as an expression of the transcendence of the inner identity to a new mental stage. 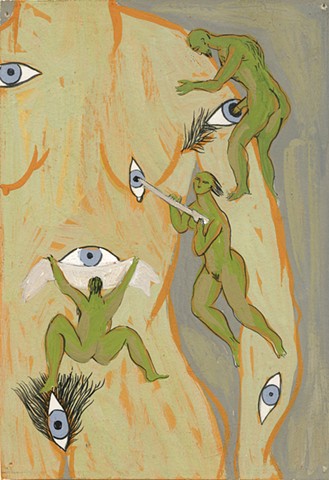 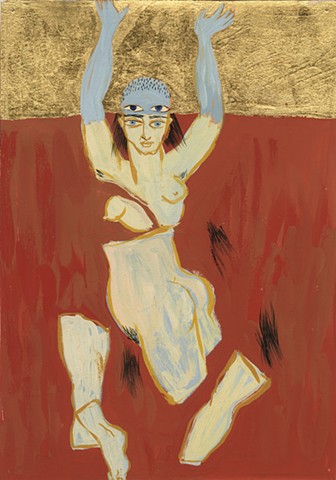 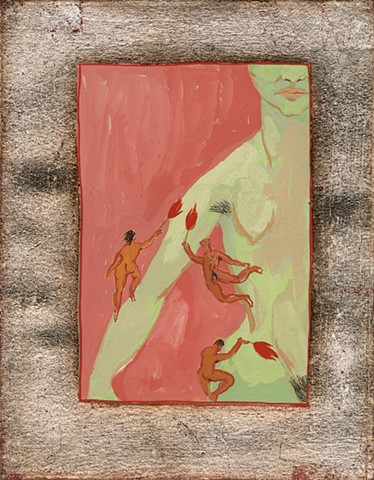 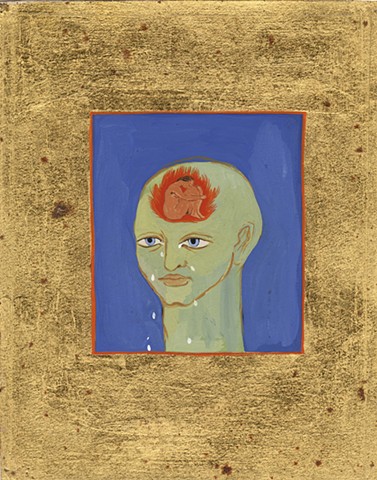 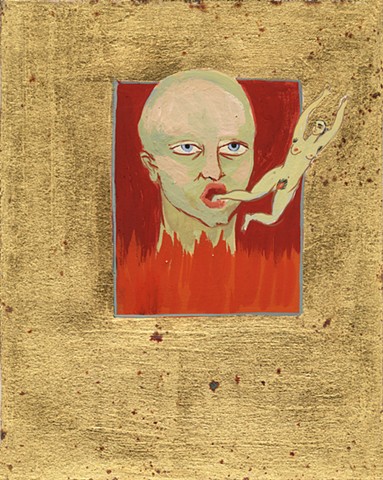 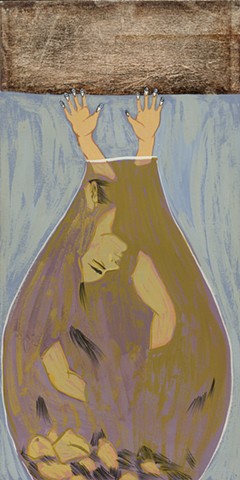 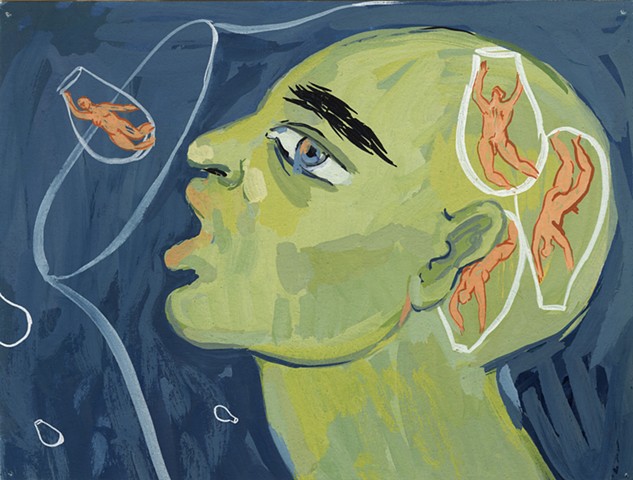 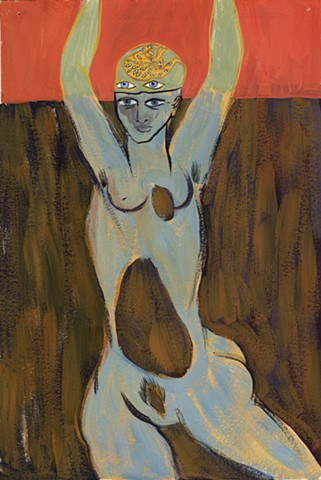 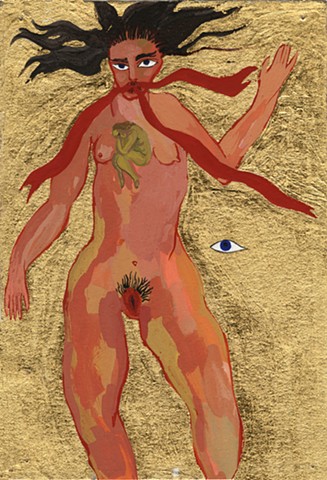 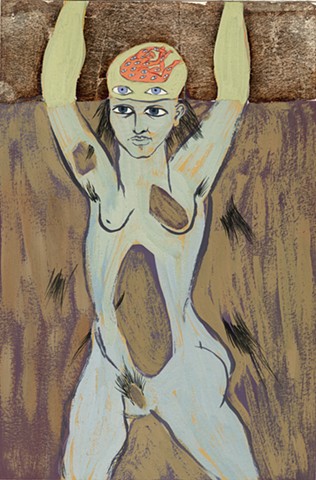 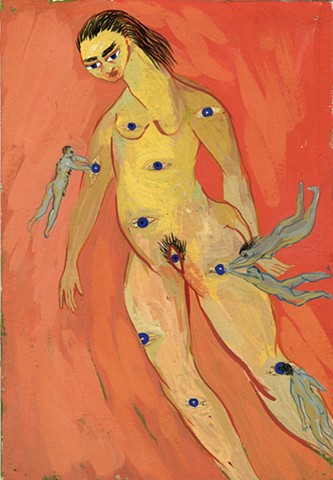 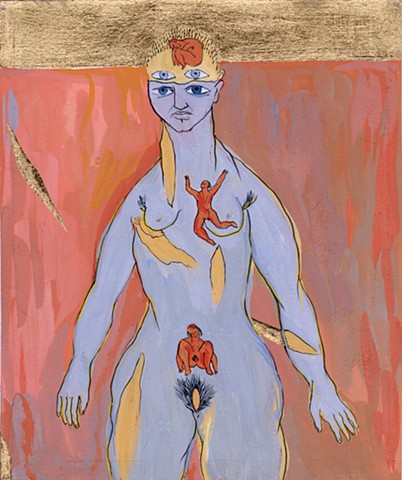 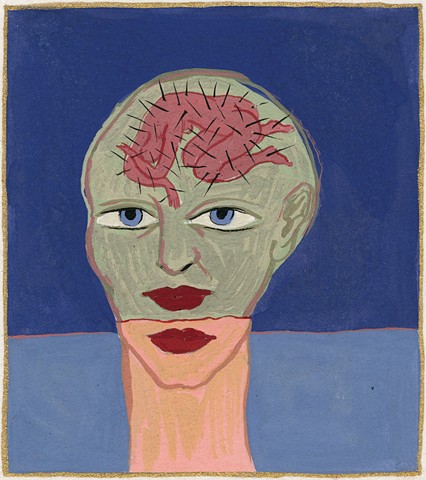